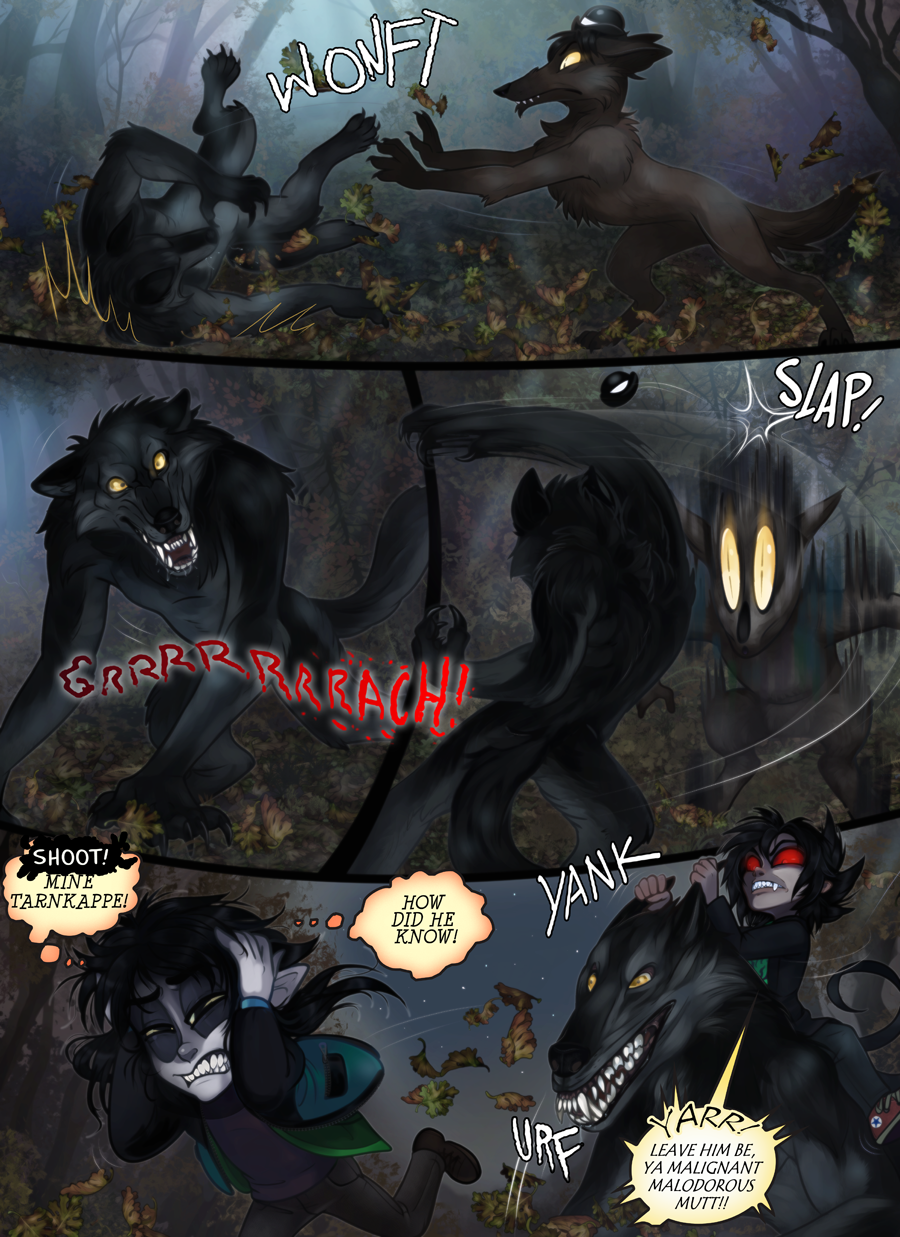 He didn't know, he just had big opinions about fashion.

Tarnkappe = 'Turn cap' ? does it let him 'turn' into a werewolf ?
My German is kind of iffy and we didn't speak Yiddish.
Or is it maybe the 'Tarnkappe' from Wagner ?
A clok that turned you invisible and gave you strength ?

Its translates to cloak of concealment, I've also seen it translated to "camouflage cap/cape/cloak" though later interpretations also refer to it as a "cap of invisibility" rather than cape. It's an Alp's most precious possession, the source of their power. There is some suggestion that part of the folklore was inspired by the epic poem "Song of the Nibelungs" (which was unfortunately, appropriated for propaganda by the scummiest of a-holes-- Wagner among them) as the dwarf king Alberich (who is coincidentally, King of all the Elves because Elves and Dwarves are sort of interchangeable in old German folklore, Alps are a kind of Elf) had a tarnkappe, indeed this also can turn him invisible. In the Alp's case, it's also their only way of shape-shifting but it is also always visible no matter what form they take. Most common forms they're alleged to take are of a large dog, cat, bird, and pig, they can also appear as human but with something a little bit off (aside from the out of style hat, of course).

I don't know about the 'out of style' part for his bowler, I'd wear one.
It should keep your hair in place and be hard to blow off in the wind.
That and it looks good on anybody, men or women ;)

Ohhh haha, I meant other Alp's hats! (They can pretty much be any hat but most commonly a wide-brim felt hat from middle ages era) 'cuz I definitely agree about bowlers, I even own a few myself (one I even added a white band to so it'd look like Tony's!) Hats are fantastic for bad hair days, or "just too lazy to deal with my hair right now" days! (I've got the kind that curls just slightly so just brushing it makes it look worse)

^_^ thank you, I had fun making this poor guy look so silly right after his big heroic entrance!

dude, if this ever becomes a movie, put "Break" by Three Days Grace for the soundtrack in this scene...

of course we're best off doing animation, no?