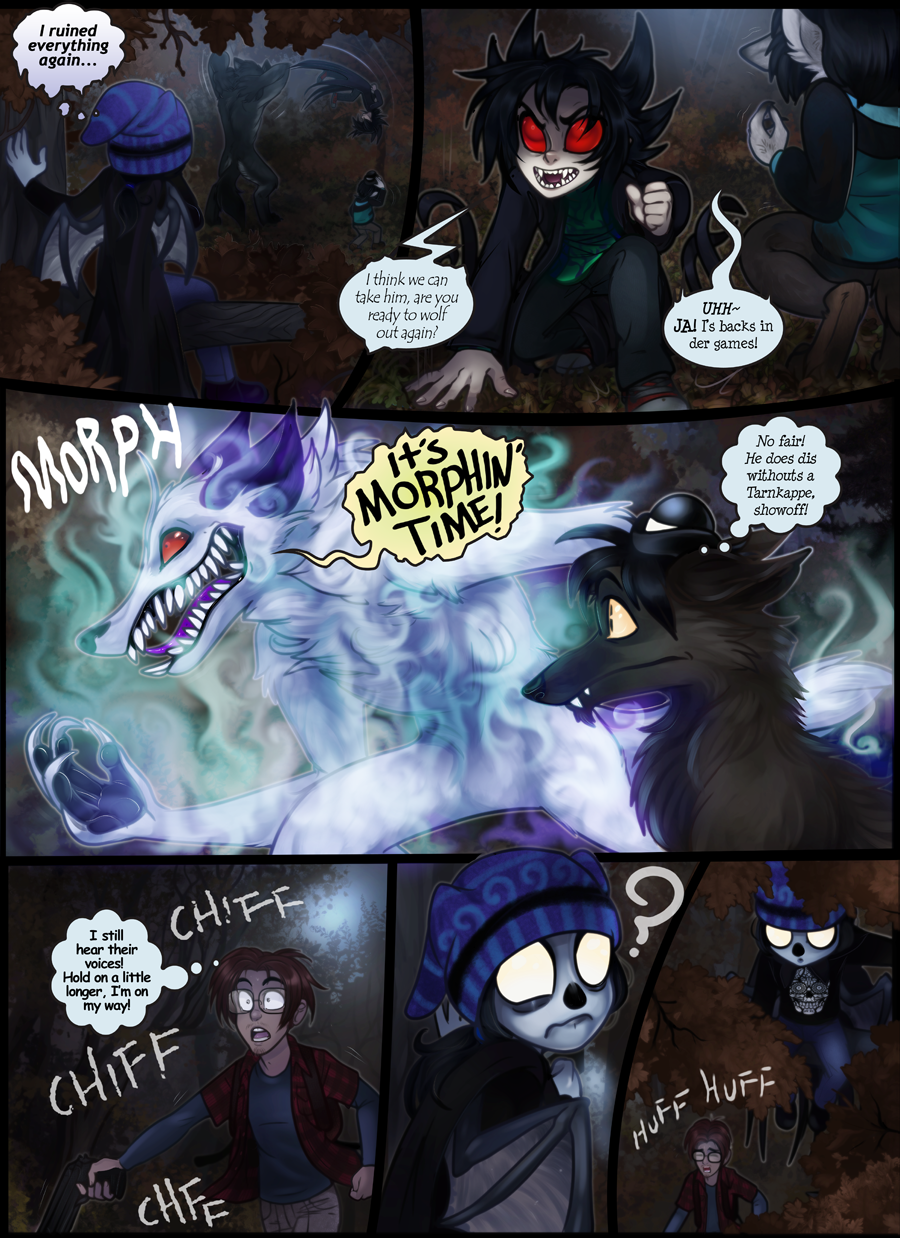 Charby likes to turn into white animals because all the other vampires turn into dark animals, and he thinks that's so cliche (in spite of him wearing black constantly, because it's just such a great color.) Of course, he also tends to only transform into something when he's wanting to be seen, so he's not trying to melt into the night.

If he don't need a tarnkappe, he won't use a tarnkappe.
but seriously tho, where the bloody hell did you find an invisibility cloak?

It's pretty much standard issue for an Alp, though there's no official explanation where it specifically comes from (as with most fairy creatures) but it's an intrinsic part of what makes an Alp an Alp. One of the origins of an Alp say a (human) baby born with a "caul" over the eyes will become an Alp, and it's just been my assumption that this is what changes into their signature magic hat. I've gotten the impression it's a lot like having a body part you can remove, a little part of their being. Much like the Redcap who must dye his hat with blood to stay alive, there's not always a clean answer as to why a supernatural creature has a thing and where it came from, they just have it. I do have an explanation where HE got it, but that's another story. :)

I never liked the Power Rangers.

except their Inspiration the Sentai Task Force...

and the story of how they came about...(ugh)