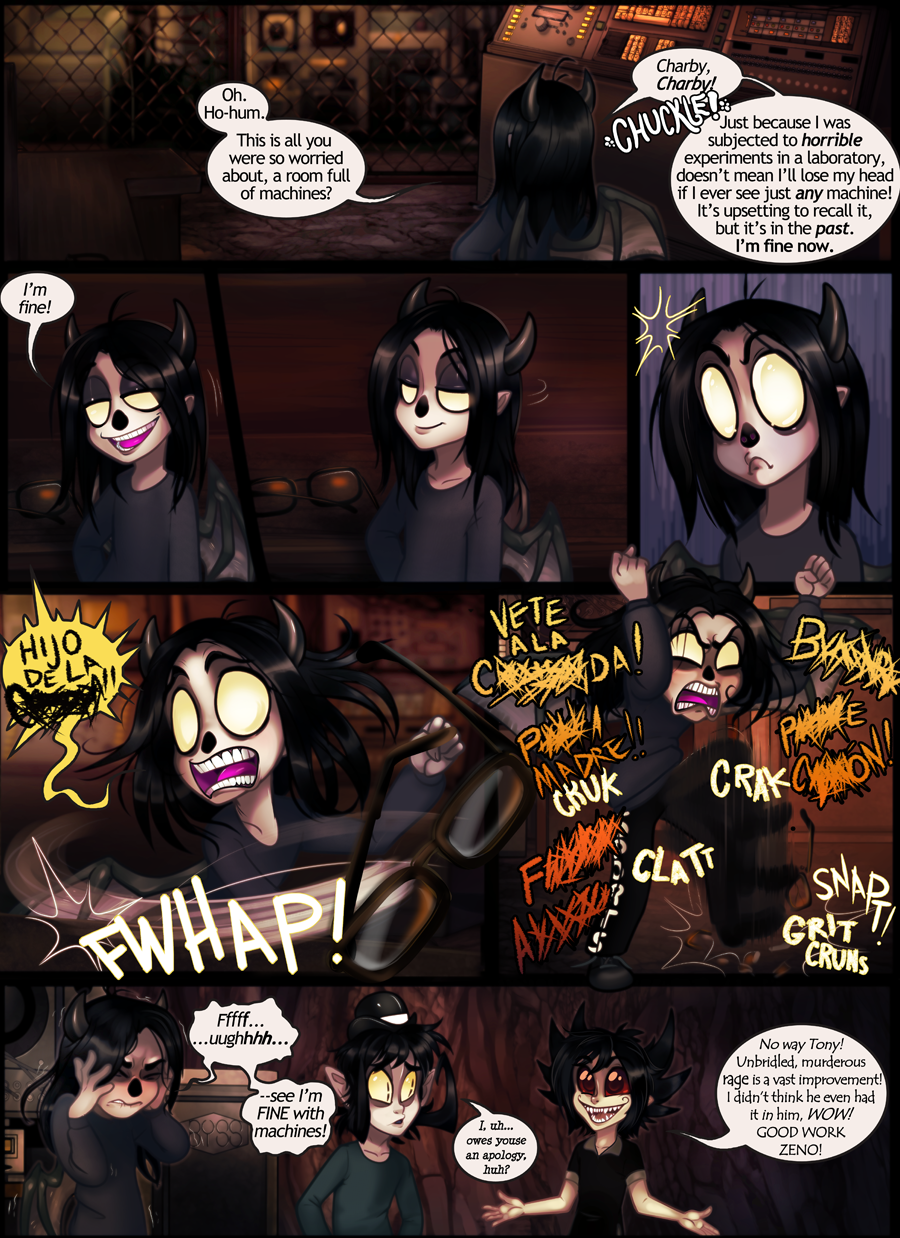 What did the glasses do, Zeno?

I looked into Mexican-Spanish profanity to censor out on this page, even if I don't actually write out the entire words themselves, I did give enough hint for those who know the phrases to figure it out. A little bit of it's in English, but mostly Spanish, concerning goats and dogs & such. Because I kinda love it when a bilingual character just curses a blue streak in their native language!

I don't actually have anything against swearing in other comics tbh I just don't swear in meatspace so for me it's just about being consistent. Also, I wanted the obnoxious cartoon violence to really be the only edgy thing in here. I've heard that fake swears are just not as satisfying when you're angry, that swearing is actually very beneficial for relieving stress.

Charby of course finds this reaction healthy. He's kind of explosive when it comes to things that upset him.

I'm now afraid for my glasses