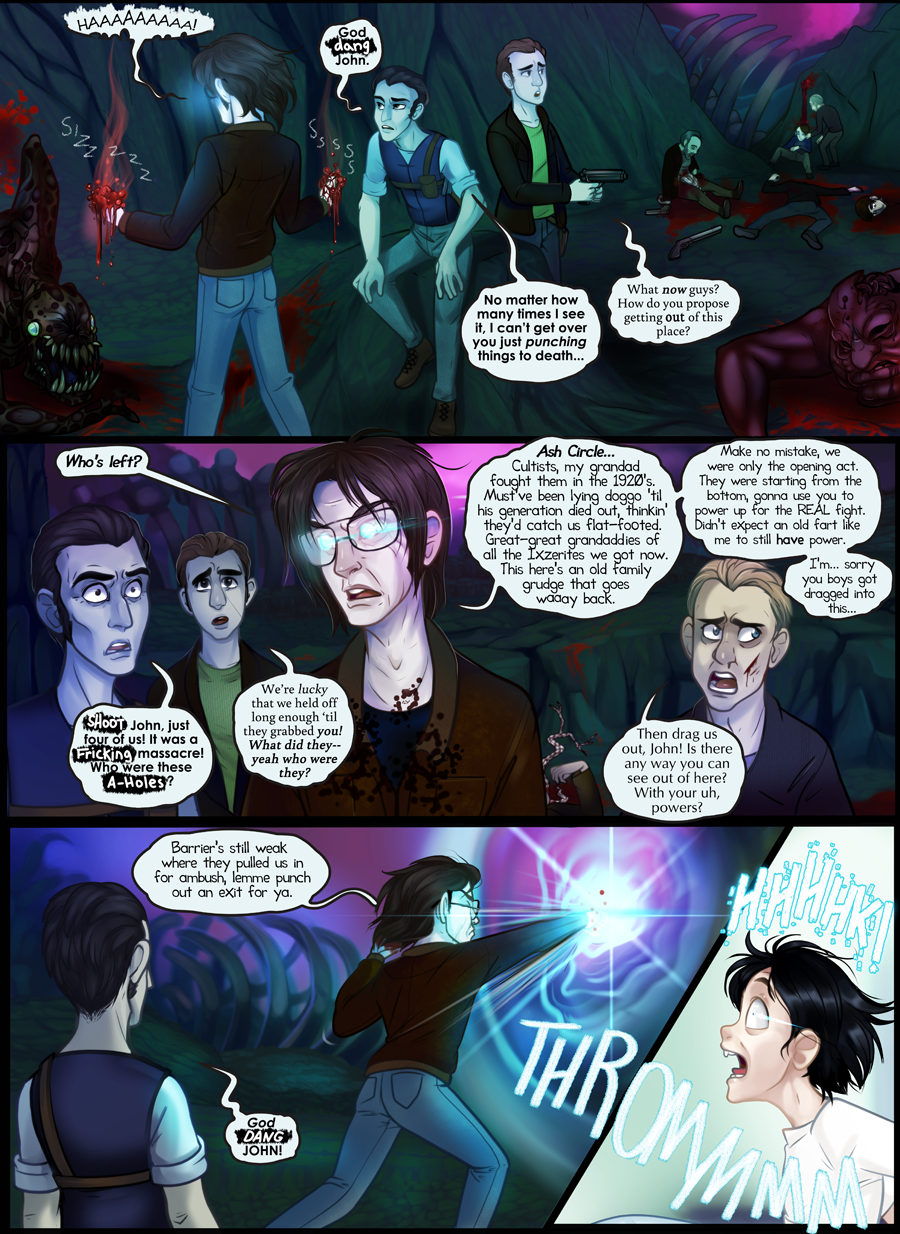 Heeeere's Johnny! His name perhaps may have been mentioned a couple times already. Looks like boy's night has been cancelled.

Not every human in Kellwood is willing to let monsters just eat people and get away with it, though some of them might just be a little better suited for the task than others, for reasons we'll get into later. Bert and Blaine both admire this man a great deal. He's a little too old for this gig, and that's what the baddies were counting on.

John's voice sounds like actor Lance Henriksen. Not too often I have an exact 1-1 comparison to a voice I'd cast an actor for, but that's the voice I hear when I'm writing his dialogue.

Also, "doggo" means "lying in wait, motionless and quiet" and has meant that for far longer than the very recent modern usage of "cutesy name for dog".

They are in the kids mind!
At least the fist didn’t exit from the kids mouth. :)
Ok, probably I’m wrong.

Hehe, I kinda love that idea though. Considering that mind-battles like this happen quite often in the homebrew TTRPG I've played in that's based on this comic's setting, it's not so far fetched that this could be the scenario. Well, not the part where someone exits the mindscape from their mouth though, that's hilarious!

well... Dungeons and Dragons is getting a movie...