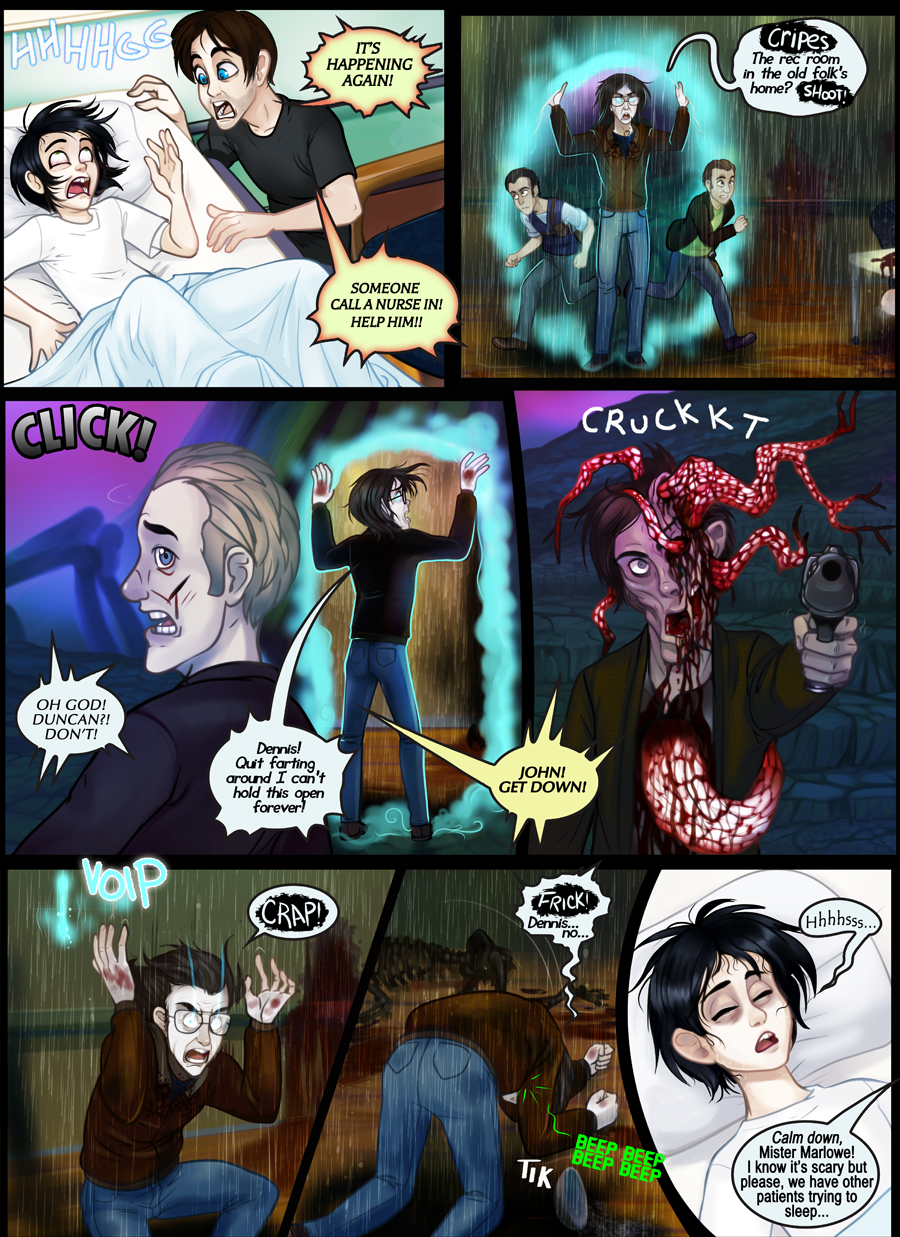 The Ash Circle had a little snack before they went on their rampage of revenge, it seems. Bad idea to stick around here any longer because the dead are restless, fallen fellows aren't going to stay down for long. Good luck in the Netherworld, Dennis.
You may have guessed, John's pals get together not to play poker but to hunt monsters, and Johnny-boy is the leader of the pack. I hope it's clear from Rob's earlier comment, that his father was often out of the house "with the boys" in his childhood and has a little resentment there. Robert was never really invited into that club even as an adult.