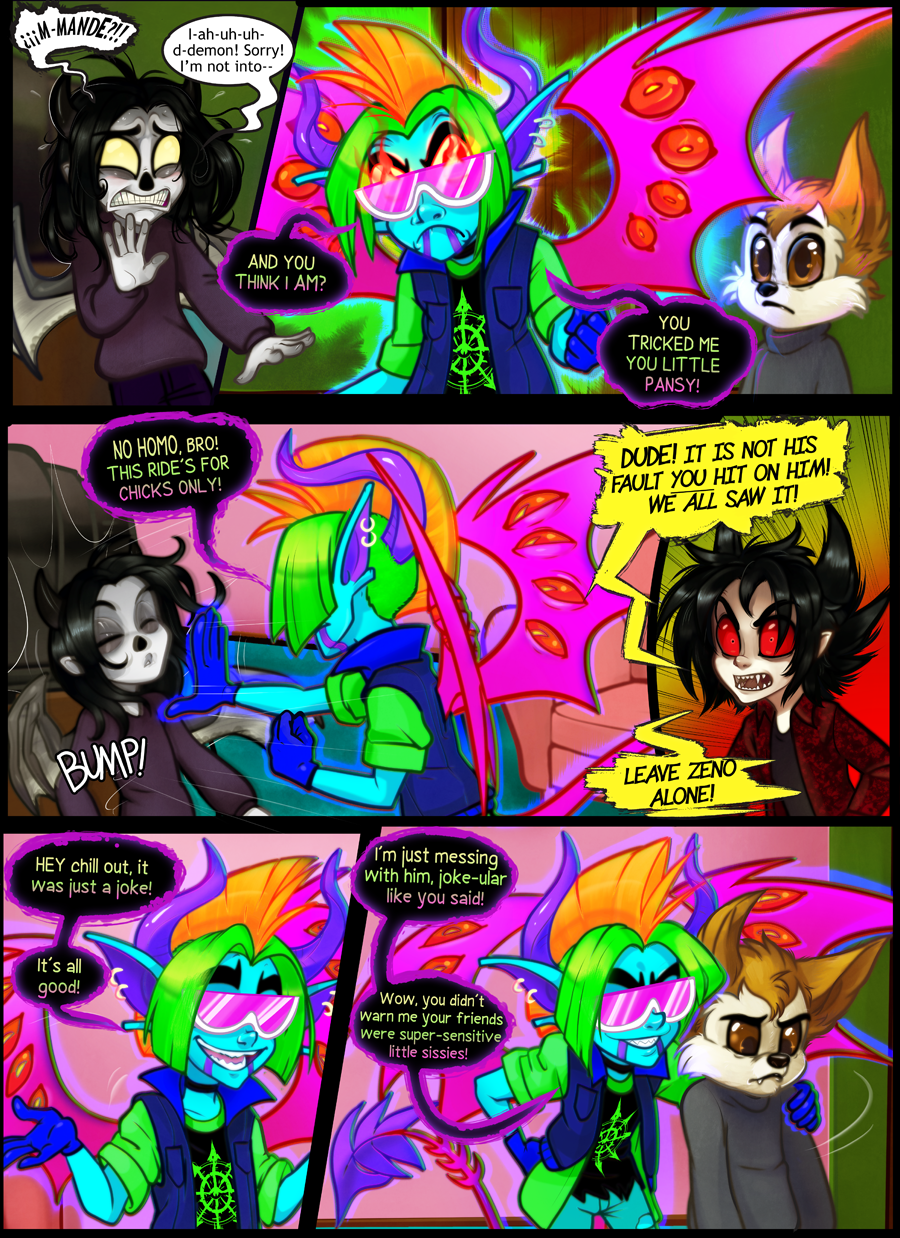 "It's a joke, that makes it ok!"
A good amount of the time, people who react this violently are projecting. That doesn't mean they deserve sympathy for using their self-loathing to hurt others.

However, in this case Xzak is parroting edgy 90's teenage dudebro media, but not actually hiding any deeper feelings or confusion. A fiend's intentions are always very shallow and utilitarian, and not based on the idea of what humans find "moral or immoral". If Xzak were say, influenced by Menu's idea of "cool friend" being a tree-hugging hippy, Xzak would have reacted less violently, but still would have operated with some malicious intent. Menu basically gave him a personality mode blueprint. As a fiend, he has only 1 priority-- make more fiends, either by corrupting the essence of creatures, or the old fashioned way.

Menu is not happy...