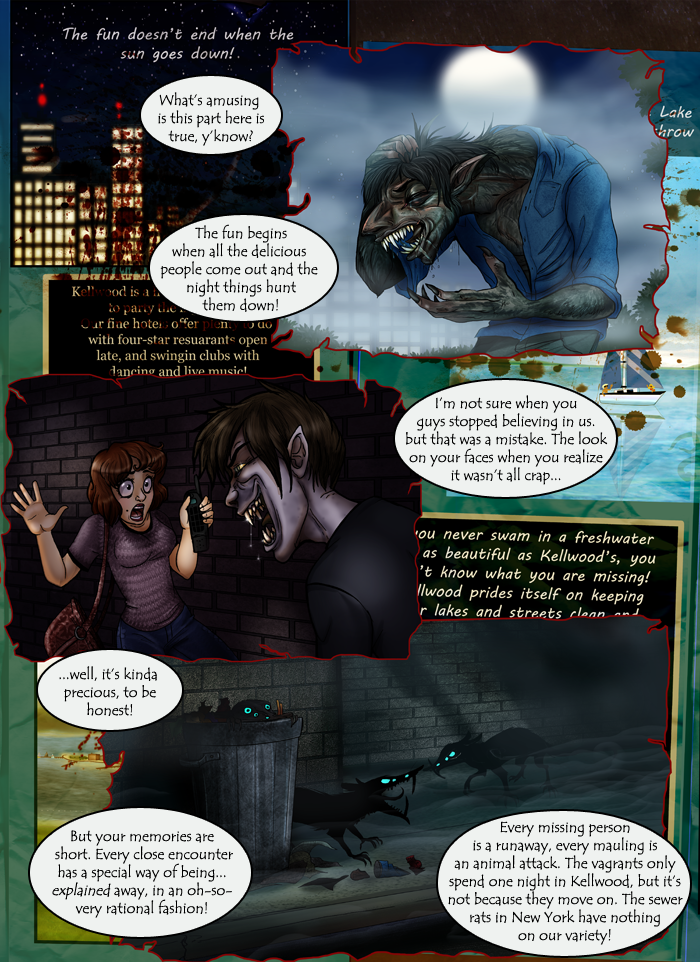 Those rat beasts are pretty nasty, you don't want to mess with them! (I love real rats, though)

Ah ok, so that’s how missing persons reports are interpreted, cool. Kellwood kind of makes me think of Silent Hill from the Silent Hill games, where all this gruesome, magical/weird stuff keeps going down, but because there’s a genuinely pleasant, separate side (. . . layer/realm?) to the town, the supernatural stuff gets swept under the rug in such a way that the general populace has no idea what’s going on there, although with Kellwood, the “mask” is that there’s a “rational” explanation for the going’s on. I like it ^_^

Edit: Oh, also, I just thought about that rat comment, and now I’m wondering if Alberta would stay rat-free if those were the rats we had to deal with, lol.

:D I'm delighted you picked up on that, while it's not 100% my influence, it's absolutely undeniably in the DNA. I am chuckling too because I queued a whole batch of these, and the author's notes I wrote a few days back confirm the Silent Hill inspiration on the very next page!

Ha, what a coincidence!

I still love the commentary on the pamphlet! this is bug-eyed hilarious (if that's a real term :S)