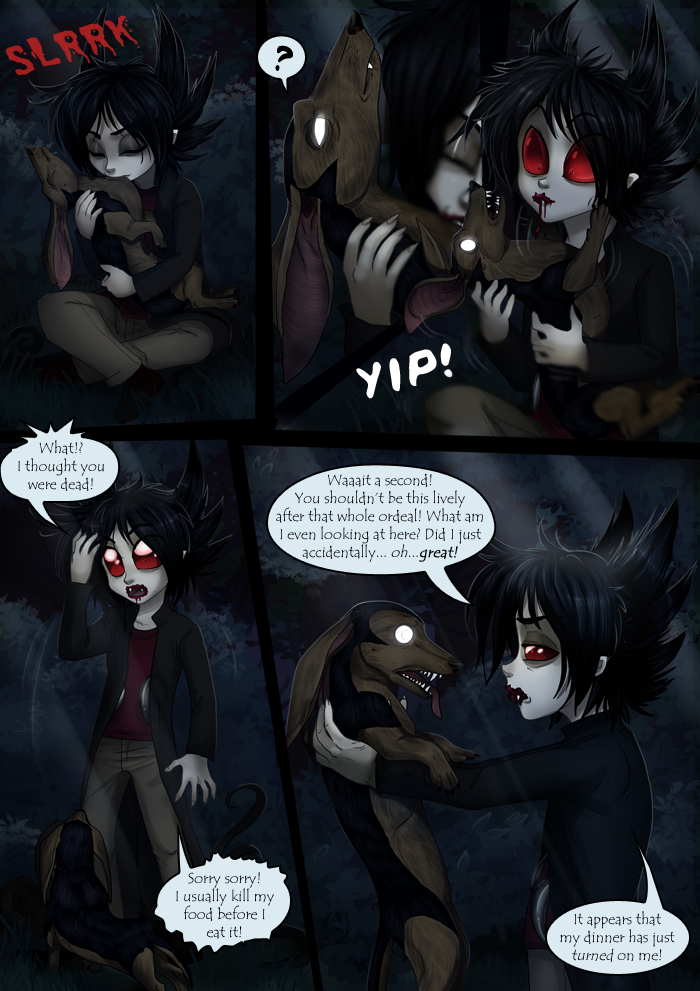 I really loved the Bunnicula books as a kid, so much that I once took a black marker to one of my toy bunnies and drew the "Dracula cape and widow's peak" markings on it. I mention this because I gave this pup similar markings as homage (and plus he's a dachshund pup like Howie) :)
I was however NOT a fan of the In Name Only cartoon... I'm kind of a purist when it comes to adaptions, and it felt like they just didn't care about the characters that weren't the vampire rabbit and went for lazy stereotypes like "dogs are stupid, cats are mean". Not to say I always dislike when adaptions do something different, I just didn't like this one!

When I was a kid and someone made their grade 5 book report on Bunnicula (I think they did? I might have just looked at the back of one of the books in the class to read, possibly both), I couldn’t really wrap my head around the concept or why a rabbit sucking juice out of vegetables is a bad thing since they already eat vegetables, but I thought the cover was really cool (it’s what caught my attention).

Tv adaptations can be kind of hit & miss sometimes. I really liked the redwall tv series when I was a kid, and when I got older I started reading the books they are based off of. I didn’t like the change they made at the end of the third season (I rewatched it after I had read the book it was based off of first) because unless they go back and say “the character changed his mind about this serious thing lol”, it directly conflicts with an (unadapted) plot point from my favorite (also unadapted) book in the series (which is also my favorite book in general, I re-read it from time to time). I wish it would have gotten more seasons, although apparently Netflix is eying a film adaptation of the first book, so that should be interesting.