#55 - Stickerbrush Misery - in A Cabin In The Woods 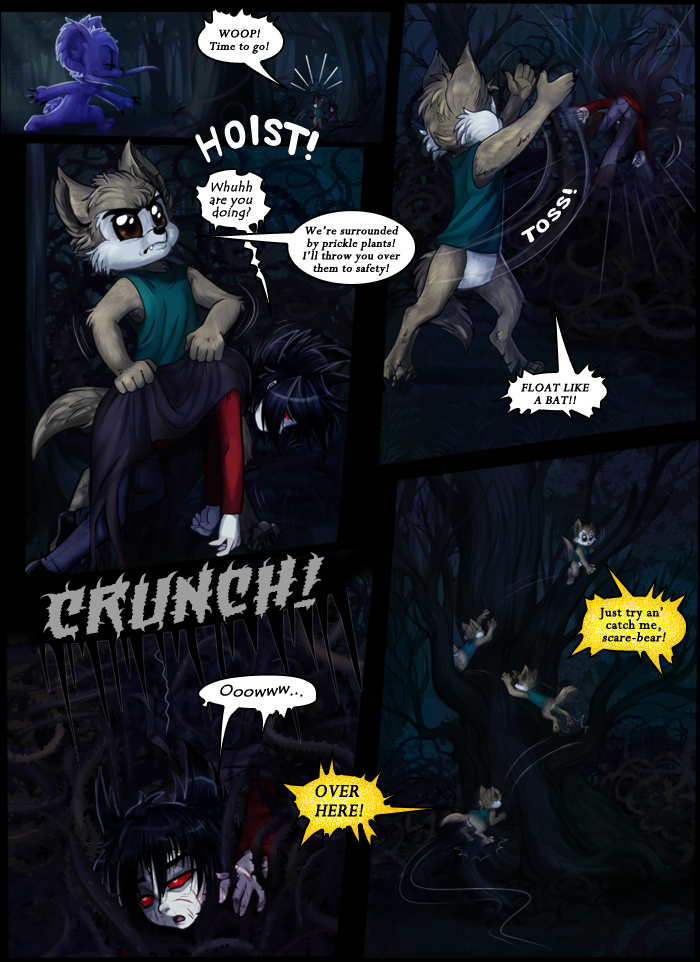 Here, have the good tunes this page's title was based on!

1. that song is the heaven's sirens. I never played that game because I was only a baby when It came out, but that is an awesome song that entirely makes you question your existence more than the Matrix ever could!
2. you know the only Toy cartoon when I was young (though I didn't own any of them) that I gave a toot about was Carebares? and then they had this episode where a Vampire was going to turn them evil? calling them exactly that? THE SCARE BEARS?
3. speaking of, Inspector Gadget.... wasn't that supposed to have some emo stuff with that? if so do tell! :)