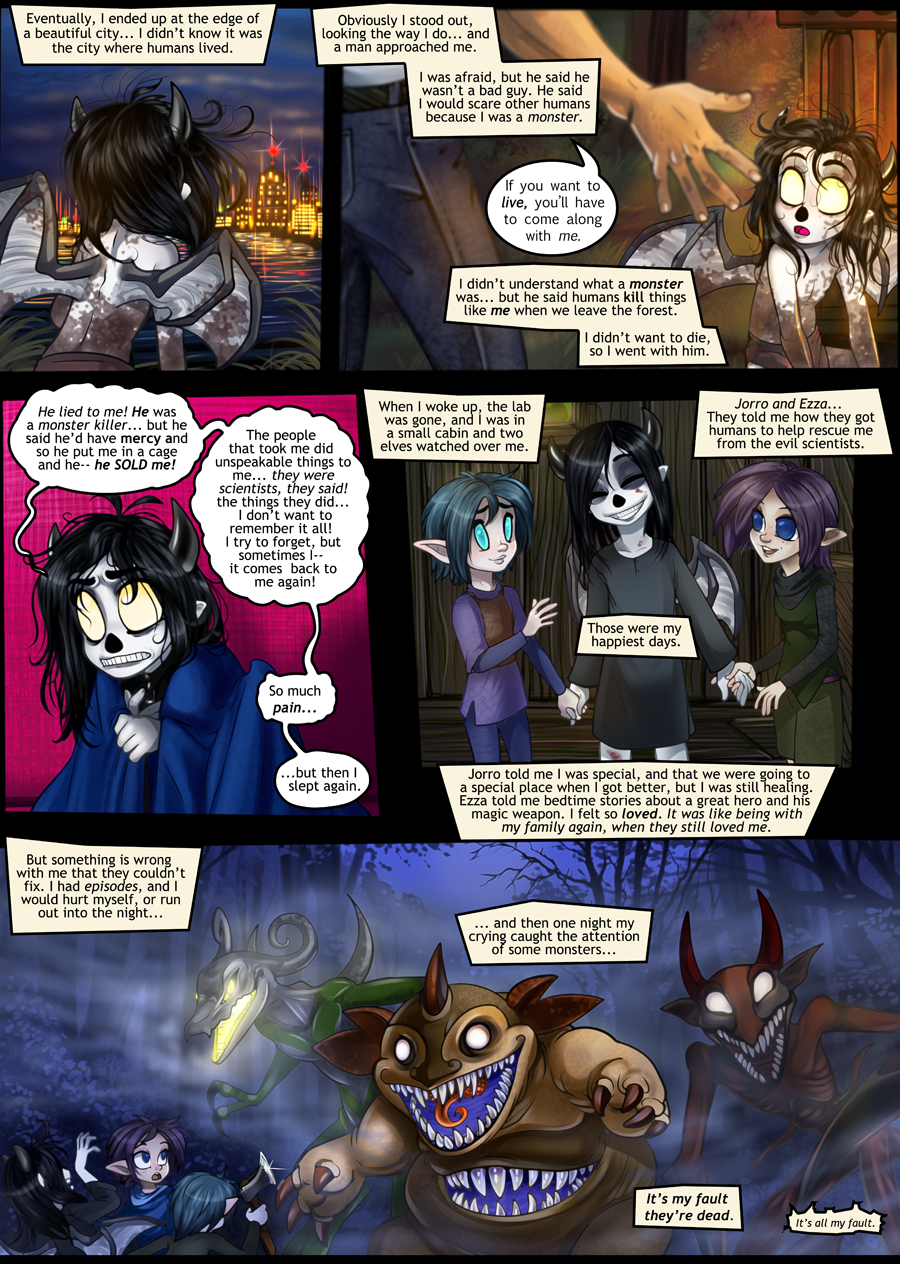 I made the silly mistake of establishing this backstory in a crossover I did with another comic (back in the 2004 web version that is!) and the cosmology/mythology of that comic just does not gel with mine so it's considered to be a x tier canon-- it happened in one of the "Alternate Universes" for lack of better way to state it, and this here is the actual canon because it follows the original story I had substituted with the crossover, back when this was something I was drawing by hand for my friend group. Now if you're interested in a concept way too complicated for where we are in the story at this point, that's merely been hinted at on the other end of my archive... here's how the AU actually works. :)

The dread typo, my bane! Thanks for the heads up, my work monitor is so blurry and an O and P look pretty much the same when there's a big ol' line running through the bottom of 'em!