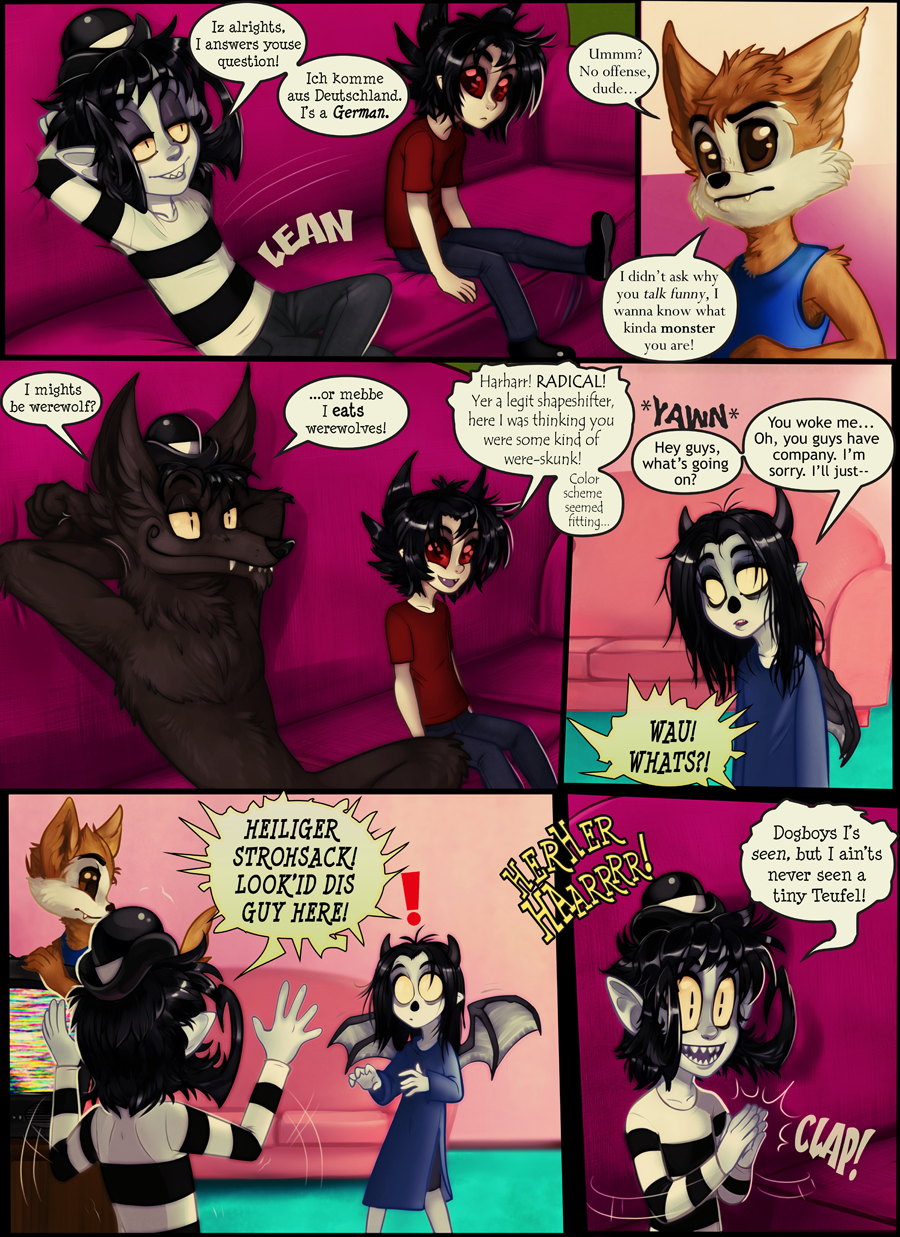 Tony hasn't met a lot of supernaturals here, for some reason...

just kidding, and we still don't get a definitive answer about what he is but it looks like the answer is thedevil or at least some kind of a demon

Heh, I usually have the policy of "if the characters don't know, the audience finds out with them" in a lot of situations, buuut I decided just now maybe it's silly to hold this one back. He's an original species to the comic (somewhat inspired by a Calavera) and they're called Scotodino. However, the locals do refer to them as demons, as it's sort of a generic term they lob at anyone that doesn't quite fit neatly into known faerie/elf, undead, draconic, monster or human/mortal categories (and there's more, too). What truly constitutes something being a demon or not is determined by the amount of fiendish essence it has, Charby being a vampire has a tad bit of that, and so does Zeno. Menulis and Tony have none, as Menu fits in the "monster" category and Tony is a fae creature (Fairies and Elves). But yes, Tony does assume a devil of some sort on account of the horns, thinking of the cartoon ones most likely. :)