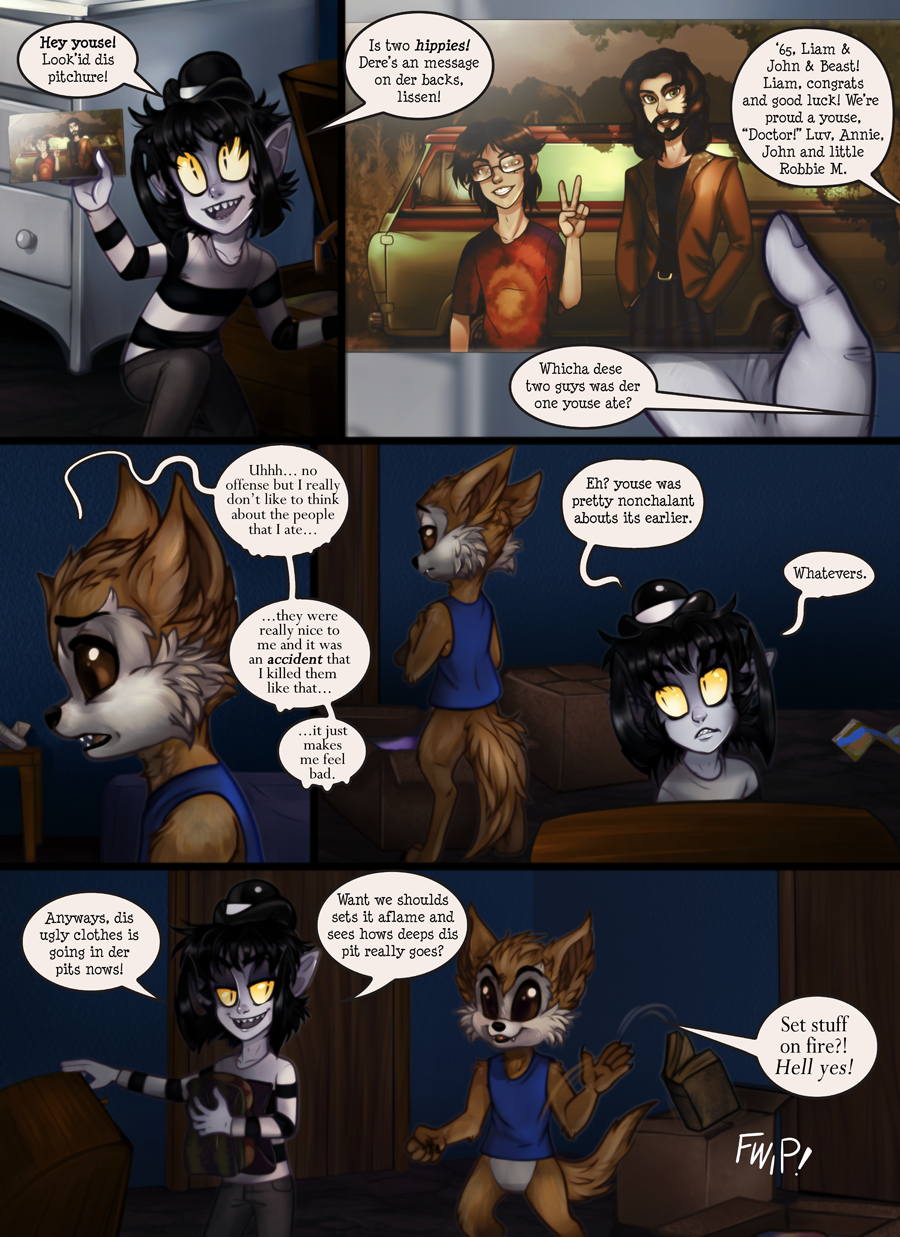 who are these guys outta nowhere? They will be relevant later, I'm sure.

No way that can end badly!
There can’t be any monsters down the hole or massive gas pockets ready to ignite.
Not even a cave system with a million bats down there.

Oh, no, the dreaded Checkov's photo...

say. I'd like to know, albeit a bit late to ask:

what style is this? Manga or Western? because my friend who make indie game(s) says I should experiment with other styles!

Short answer would be "my style" but no style comes from out of thin air, so here's the list of influences that I've stuffed into this style burrito:
It's a western/anime hybrid, primarily influenced by Chuck Jones, Bill Watterson, Charles Schulz, Dr. Suess, Ren & Stimpy (ugh but John K is a creep...) Tim Burton (even if I'm less into his work these days tho thankfully not for the same reasons as previous guy), old Fleischer cartoons, Jeff Smith's "Bone", Don Bluth, Disney and on the anime side, Digimon/Pokemon and Dragon Ball Z. :D I'll probably remember something later, but mostly that. I'd say my most recent inspiration stylistically is the house style for Vanillaware games, like Odin Sphere and Oboro Muramasa: The Demon Blade, and a little of Ankama (Wakfu/Dofus). I want art that looks that way very badly.